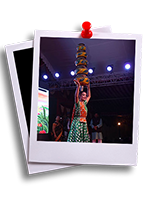 The Bhawai Dance is an unbelievable combination of balance and courage which is sure to keep the audience spellbound. 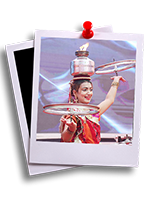 Balancing Wheels on Finger, Balancing pot with FIRE in it and performing different Skills . 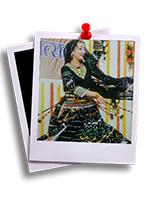 Loke kala Ratan awarded NISHTHA , has established herself as an accomplished Bhawai Dancer at the tender age of 12 in the Country as well as Abroad . She is National Scholarship winner by GOV. of INDIA. She is also Awarded by Women’s Achiever Award and Belongs to a learned musician family of Jaipur. Her father Sri. Rajiv Agarwal has been a reputed Violinist of the Country. He is a lecturer of Indian Music at Rajasthan Sangeet Sansthan, the most prestigious music college of Indian music in Rajasthan. Young Nishtha received her first dance lessons from her mother Smt. Madhubala Agarwal and was subsequently taught Bhawai Dance under the able guidance of the International fame Bhawai Dancer Sri Rupsingh Shekhawat. Her music talent was early apparent, and as a result she gained a reputation of a child prodigy. Nishtha’s first public performance came at the age of 8.. Her first taste of commercial success was the performance of Bhawai Dance with the famous playback singer Sri. Ravindra Jain.